The White Christmas Orchid Of Hawaii

The White Christmas Orchid Of Hawaii 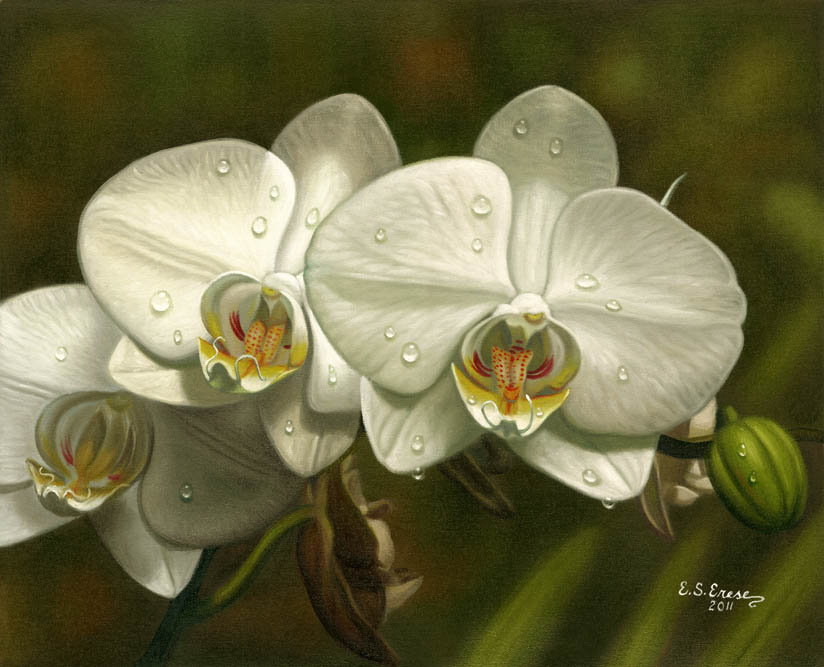 The Big Island of Hawaii is known for many things including being the largest island in the Hawaiian chain. However, another name for the big island is the “orchid isle”.

Orchids were commercially grown as early as the early 1900s when Hawaiian business people first began growing imported orchids in large shade-houses. They were primarily seen as status symbols. But, the expertise of the local growers combined with the perfect conditions found in Hawaii helped to build a reputation for excellence in the production of orchids. This reputation was cemented in 1957 when the Honolulu Orchid Society exhibited 22,000 plants in St Louis – it was such a success that Hawaii was declared as the “orchid center of the world”.

The featured image of this page is fine art named White Christmas Orchids by Efren Erese.  View Efren Erese’s Photographic-like oil paintings that capture every detail of his florals, down to the water droplets falling from the petals.

Efren S. Erese, a founding member of the Pacific Artists’ Guild for over 35 years, has been painting since he was a child. A resident of Angeles City in Pampanga, Luzon, The Philippines, he has supported his family with his art for 45 years.

His versatility is astounding. He is equally at home painting the intricacies of the rigging of a 19th century clipper ship as he is recording the natural beauty of the exotic flowers that surround his home. Efren is a lay preacher and a sincere and devout man who has been blessed with a talent that all can appreciate, but few can emulate. He welcomes commissions and his paintings have been acquired by discriminating collectors worldwide.

Volcano Village Lodge. 2019. The Orchids Of Hawaii. Retrieved from:  https://www.volcanovillagelodge.com/orchids-of-hawaii/