Pointillism As An Art Form

Pointillism As An Art Form 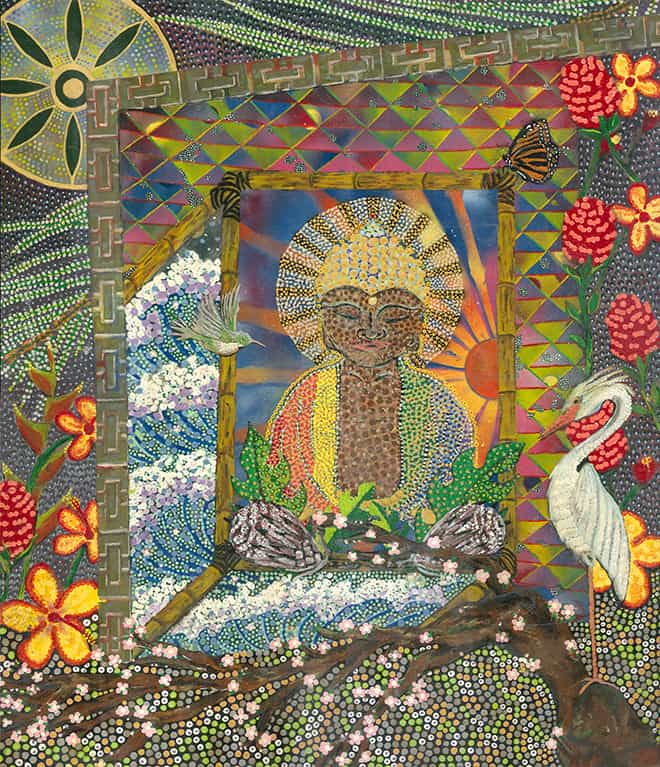 Pointillism, also called divisionism and chromo-luminarism, in painting, the practice of applying small strokes or dots of color to a surface so that from a distance they visually blend together. The technique is associated with its inventor, Georges Seurat, and his student, Paul Signac, who both espoused Neo-Impressionism, a movement that flourished from the late 1880s to the first decade of the 20th century. (Britannica, 2020)

Matthew Long is an artist whose work is available at Lahaina Printsellers.

Matthew Long is a New Jersey native, who has found his home on Maui. His extensive travels throughout the U.S., Mexico, and Europe, where he observed many differing cultures, have inspired his unique approach to artistic expression; heavily influenced by elements of Greek and Aboriginal cultures and abiding love of nature.

His paintings are a form of Pointillism, in which small dots of paint are meticulously placed next to one another to create a much larger image. Matthew finds a sense of nirvana with each dot placed… a rendering in itself.

Shop for Matthew Long’s works of art at printsellers.com