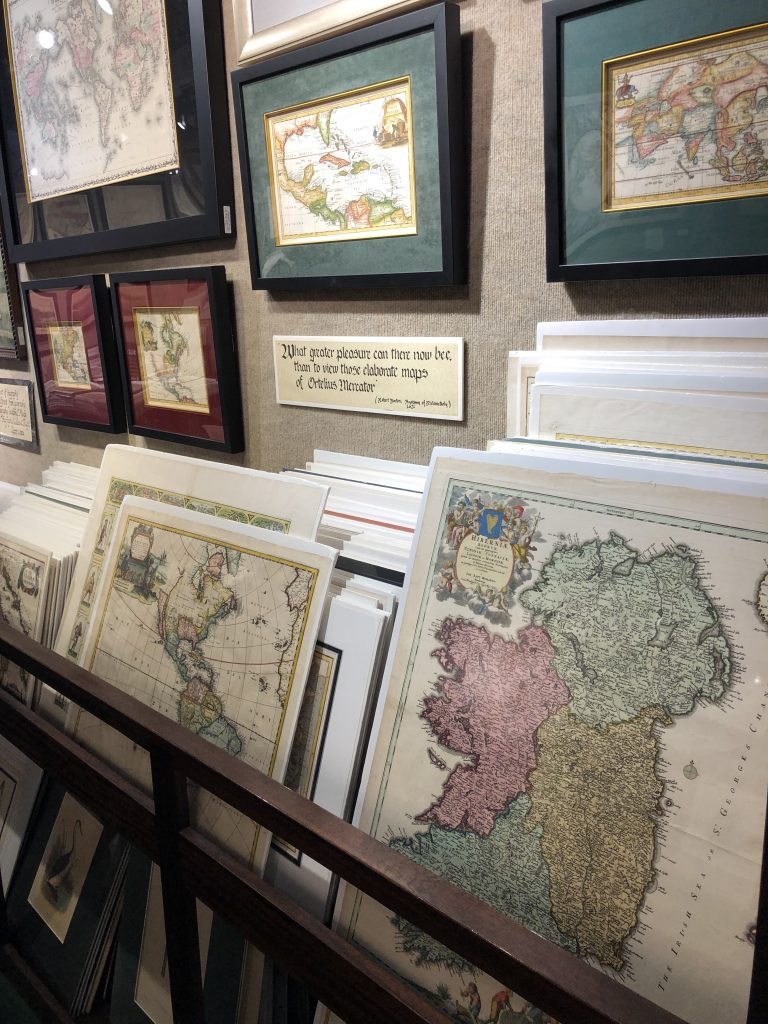 When you think of antique maps, you think of the history and heritage such maps will carry.  However, you may not think of the aesthetics and beauty that may be presented from such maps. The following are my personal top three stunning maps of Hawaii.

Sandwich Islands is the former name given to Hawaii by Captain Cook when he arrived in 1778. The name itself was given to honor John Montagu, Fourth Earl Of Sandwich.

This was one of the first decorated maps of Early Hawaii.  The map was published in 1798 and produced by Giovanni Cassini. The map is based on Cook’s chart, however, Cassini added his unique version of the Death of Cook.  Cassini had very little knowledge of Hawaii, Polynesians or the official uniforms of the Englishman.  Therefore the map depicted Cook’s men in the uniforms of Italian officers and the Hawaiians were dressed in the signature feathered war bonnets of Native Americans.

I am a fan of this map for its notable decorative and fanciful cartouche in its depiction of Cook’s death.  As a local Hawaiian resident born and raised in Hawaii, I find the depiction of locals as Native Americans to be particularly amusing.  The map also shows the phonetic spelling likely used when attempting to spell the names of the islands which I find very interesting. The many historical details in this map are a sight to behold.

This stunning map is my personal favorite when it comes to maps of Hawaii.  Dole published a series of maps in the 1930s.  This is a beautiful map of Hawaii, from a painting by Joseph Feher which was reproduced as a map by Dole, the Hawaiian Pineapple Company. Unlike the cartoonish vignettes that were prominent in the maps of its time, this map took a more painterly pictorial style for a watercolor-Esque approach that held its own brand of appeal.  Each island is shown with vignettes of Hawaii’s local culture.   The map itself is both pleasing to the eye and full of information due to its portrayal of prominent sea life and topographical features.
So there you have it, three stunning antique maps of Hawaii.  All three maps have their own distinct looks with its own version of appeal.  From cartoony whimsical styles to pictorial watercolors, there is a variety of style of Maps of Hawaii to choose from Lahaina Printsellers at printsellers.com.  What is your favorite antique map of Hawaii? Chime in the comment section below.
Also, make sure to check out or online store Shop Now!