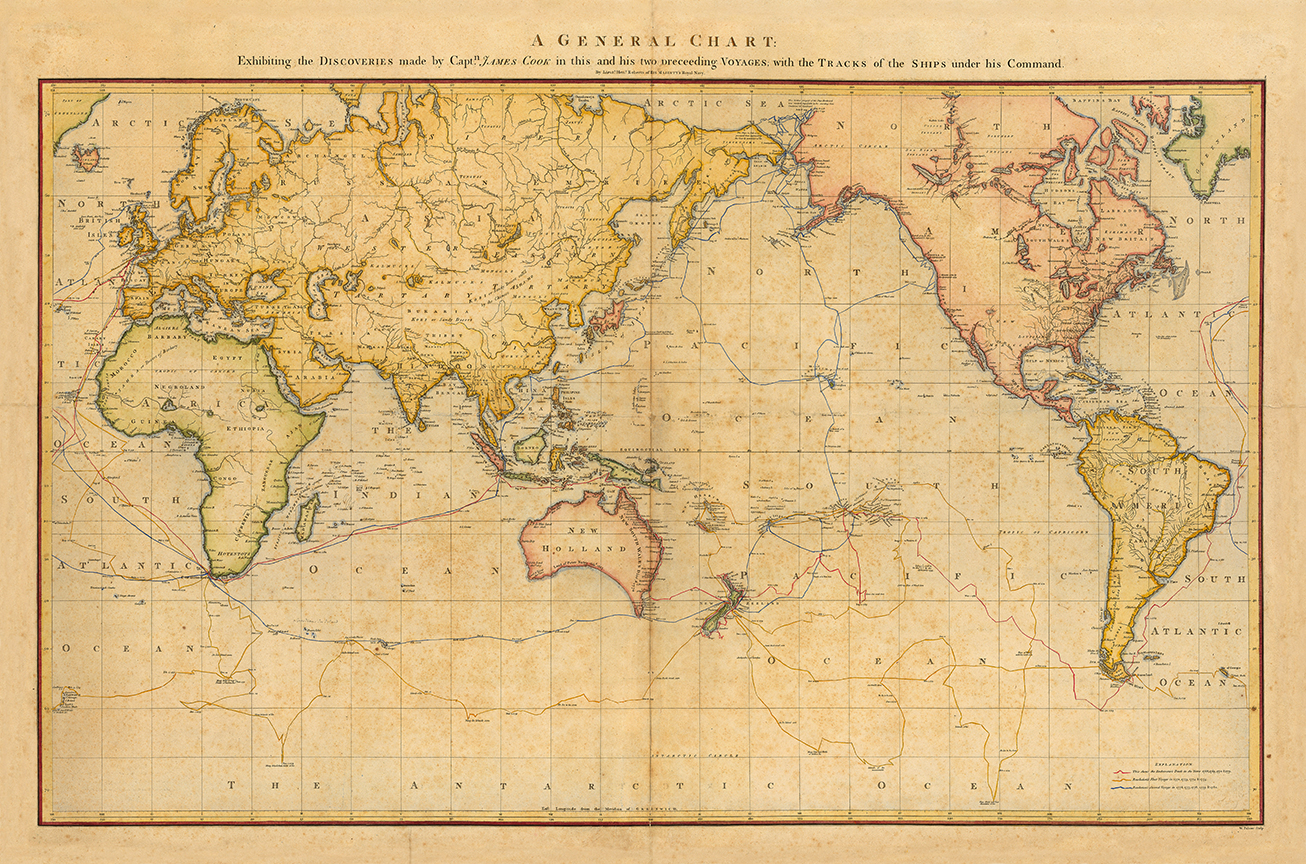 This is simply the first map of the world with any pretense to accuracy.  Other world maps of the time merely hinted at the landfalls of the Pacific.  Captain James Cook, over a period of 11 years ~ 1769-1780  ~ 3 voyages and a 100,000 miles, mapped it, with precision. The original copperplate engraving is from Cook’s Last Voyage originally published in 1784 by Strahan and Cadell of London. It traces the tracks of the Endeavour, the Adventure, the Resolution and the Discovery during each of Captain Cook’s three voyages of exploration.  As a record of Cook’s historic Pacific discoveries, this is the most accurate and important world chart of the 18th century and such is considered the first modern World map. 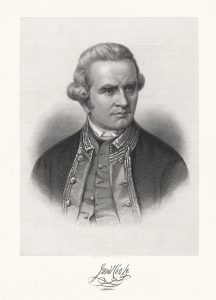 The General Chart was published five years after Cook’s death in Hawaii and three years before the United States Constitution, being the first historical chart to delineate the Sandwich Islands and the Pacific Northwest of America.